Tattva Bodha: to realise the divine 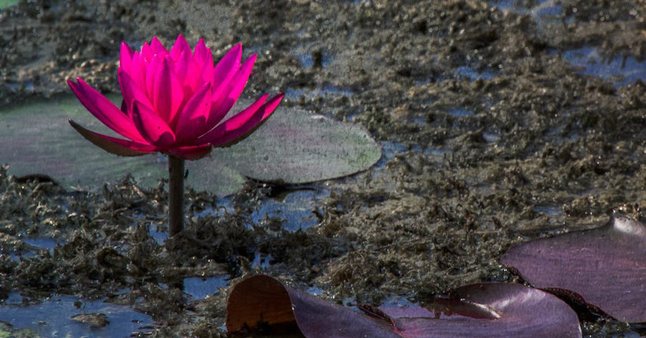 The ultimate aim of yoga is to transcend identification with one's body and mind and realise one's true Self as pure consciousness. Yoga uses many tools to come to this realisation. In Jnãna Yoga, the tool is the intellect, but let's be clear - it is not just coming to an intellectual understanding. It is using intellectual inquiry to the point where insights arise that spark enlightenment. Jnāna Yoga is associated with Vedānta, one of the six philosophical schools of India derived from the Veda.

​Veda means knowledge and has no author as it is considered channeled wisdom by enlightened rishis. The Veda was restructured into four Vedas. At the end of each are philosophical writings called Upanishads where the term “yoga” is expounded upon. The Upanishads are the basis of Vedānta philosophy.

In the 8th century, Adi Shankara revitalized Vedānta through the clarity of his commentaries on ten of the 108 Upanishads. He also wrote other commentaries and books on Vedānta including the Tattva Bodha.

Tattva means “thatness” referring to the state of the divine. Bodha means “realisation”. So, the text concerns “the realisation of the divine state”.

The Tattva Bodha highlights four mental qualities whose cultivation leads to moksha, liberation from the suffering experienced in the material world and realisation of one's true Self:

According to the Tattva Bodha, to reach realisation, the first mental quality to cultivate is Viveka, discrimination between what is real and what is unreal – the real being that which is not subject to change - pure consciousness.

Once one can distinguish the real from the unreal, one can apply the second mental quality, Vairagya, dispassion from that which is unreal. Dispassion does not mean to withdraw from the world or to view life with disinterest. On the contrary, being truly alive is to act righteously in response to what the world presents at any given moment. Dispassion means to act with equanimity, neither liking nor disliking, and without seeking personal gain, striking a balance that brings us into a precise harmony with the world.

Living Viveka and Vairagya, one develops mental power and focus. One is no longer distracted by pursuing pleasure and avoiding pain but to living a purpose-driven life that brings a deeper and longer-lasting satisfaction.

The third mental quality is Shat Sampat – the cultivation of 6 related virtues like different facets of a diamond. The first three involve detaching from the world. The second three involve attaching oneself to one's true Self:

The first facet is Shama, gaining control of the mind. Due to our personal nature at birth (some call it karma) as well as the mental tendencies that we develop through life experience, we tend to fall into a mental conditioning that limits both our perception and our response to the world. We become a slave to our mind's likes and dislikes and its impulses to fulfil its unconscious desires rather than to understand that the mind’s proper role is to serve us, i.e. our highest Self.

Through Shama, we become more conscious of our conditioned mental impulses. This enables us to distinguish and listen with more clarity to our innermost voice and apply our will to it. This gives us more freedom in our response to the world. It takes conscious effort and time, but eventually, it gets easier, and we move one step closer to liberation beyond our mind’s conditioned limits and resistances.

Dama is to control the senses. We tend to direct our senses externally where we get caught up in our reactions to sense objects and sense experiences which throw us off-center. The more we are aligned to our true Self, the more we naturally restrain our senses and become less distracted by the pursuit of sensual pleasures which only reinforce an identification with the body, opposite of our intended goal of its transcendence. The yogis use the analogy of a charioteer whose higher wisdom employs the mind as reins on the wild horses of the senses to maintain direction and arrive at the destination.

When the mind and senses are under control responding obediently and effortlessly to the will of the Self, one is liberated from conditioned and impulsive thinking and acts with clarity and purpose. The third facet is Uparama – to steadfastly follow the path of dharma - righteous action.

Facet four is Titiksha, forbearance to overcome opposites. Heat-Cold, Pleasure-Pain. One’s adherence to the path is undeterred by adverse circumstances. The mental power is immense. One walks barefoot on the stony path not complaining that one has no shoes but with gratitude that one still has legs.

Hopefully, a picture emerges that the mind when made resolute and impervious to sensual and worldly temptations enables one to flourish like a beautiful lotus flower arising from the muck of muddy waters. Not a single drop of such water can penetrate its leaves or petals.

The final facet is Samādhānam – a laser-focussed mind on the divine, finding it in all.

The mind, which has been freed from worldly attachment through Shama (control of the mind) and Dama (control of the senses) and thereafter follows a dharmic path of righteous living through Uparama and manages to do so with Titiksha (forbearance) through the ups and downs of life and with Shraddhā (faith) eventually comes into the sublime Samādhānam-state of the divine. Take a moment to imagine yourself sparkling with Shat Sampat, this 6-faceted diamond of virtues.

The fourth mental quality is Mumukshutva – the burning desire for liberation. Without this inner fire, there are simply too many obstacles and temptations that derail one’s journey toward realisation. It is often said that the stronger the Mumukshutva, the quicker the realisation. There is a story of God dispatching an angel to two devotees. One asks when he will see God. The angel replies after several lifetimes. The devotee becomes discouraged. The angel gives the same answer to the second devotee who, unlike the first, becomes so enthused that God cannot wait any longer and descends immediately to receive him.

For the Jnāna yogi, there is a conscious cultivation of these four mental qualities. Take one, meditate upon its meaning and make an effort to bring it consciously into your daily life. When you see it manifesting, do the same for the next quality. 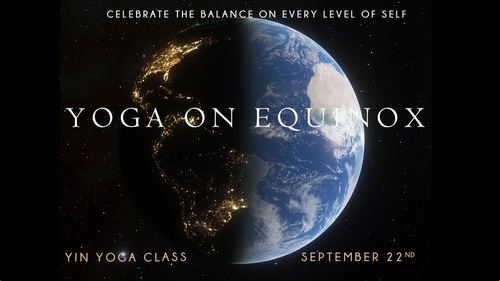